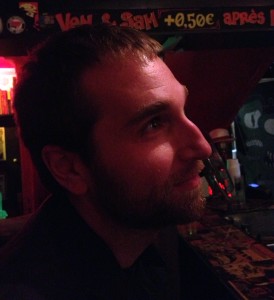 Mikey Peterson’s meditative images shift through extended real-time shots, subtle dissolves and startling jump cuts.  Light contrasts through darkened backgrounds, and classical elements—water, fire, air and earth—create abstracted spaces. These distortions, influenced by pre-CGI science fiction films, arthouse horror, experimental cinema, and sound collage aim to disturb the viewer’s self-perception and sense of place while reinforcing and recontextualizing their bond with the natural world through the use of digital technology.   Subtle events appear dramatic and nature’s movements become surreal transformations as they reside within the boundary between the physical and the virtual. Footage, extracted from the natural world, is digitally altered and taken out of its original context in order to paradoxically reveal other truths about the world that it is from – unveiling connections between memory, environmental preservation, environmental degradation, and the human condition.   To advance this process, Peterson manipulates the ambient sound from the source recordings to compose a cohesive soundtrack, moving the viewer into dream-like meditations, chaotic landscapes, and dark surreal spaces that showcase the organic rhythms of tone and light.

Peterson develops and teaches courses at the School of the Art Institute of Chicago.